He Says… Getting the Picture (Part #2)

The other week I posted a (probably overly technical) post about what camera gear I use and recommend.  Now I’ll get into some basic tips for improving shots of your little ones.  These tips can (typically) be applied to any camera, be it a cell-phone or a $5000 DSLR, although some of these concepts are more easily applied with cameras that offer a little more manual control.  (I am going to re-purpose some older photos (but a few new ones) here to demonstrate my points.)

Lighting is a key part of getting a good shoot.  My first recommendation is to try to avoid using the on-camera flash, which can often result in a dear-in-headlights kind of look.  If you are shooting somewhat more posed shots indoors, look for brighter areas of your house, like near a window or a brightly lit room.  Typically if it looks good to your eye, it will look good for your camera.  And generally when shooting people, the softer the light the better, so try to avoid direct light which can cause lots of harsh shadows. 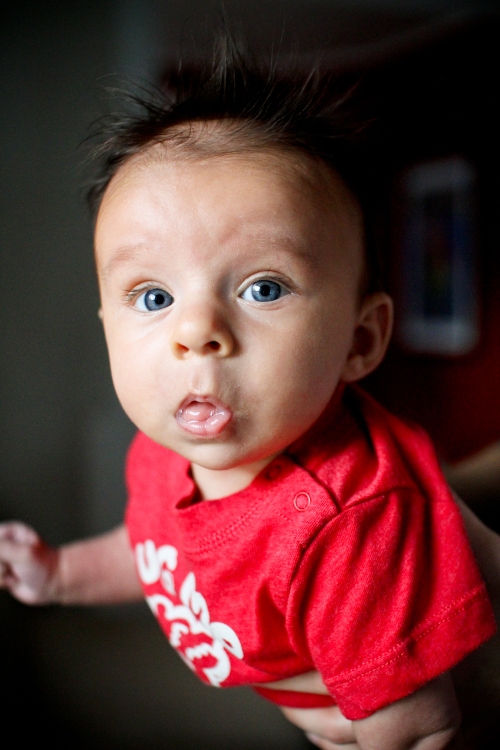 Here I had Kate hold Owen near a window. The room was very dark but I liked how it made the background almost black. 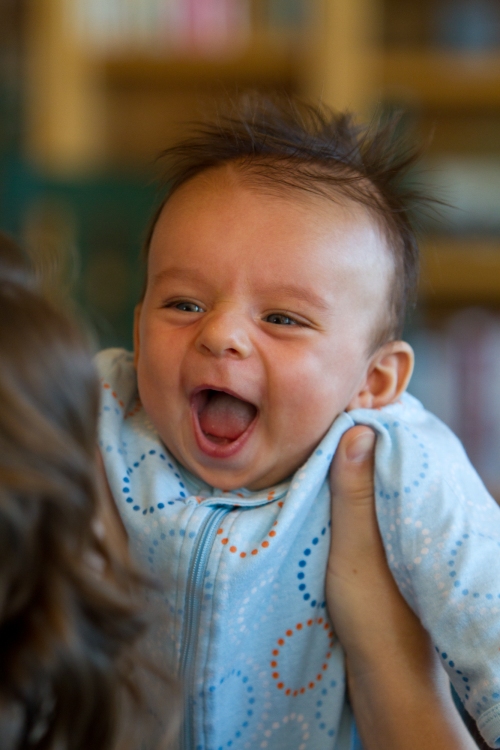 Taking advantage of a sun-drenched room early in the morning.

The same can concept can be applied outdoors.  People will often instinctively stand facing the sun because, well, it is bright, but nobody wants to be squinting in their pictures.  Later in the day when the sun is lower, being positioned with the sun as a backlight is often very flattering.  This can sometimes be a case for using the flash, though.  Some cameras have a low-flash or fill-flash setting, so when you are using the sun as a backlight, using the fill-flash can help to brighten and fill some shadows on faces. 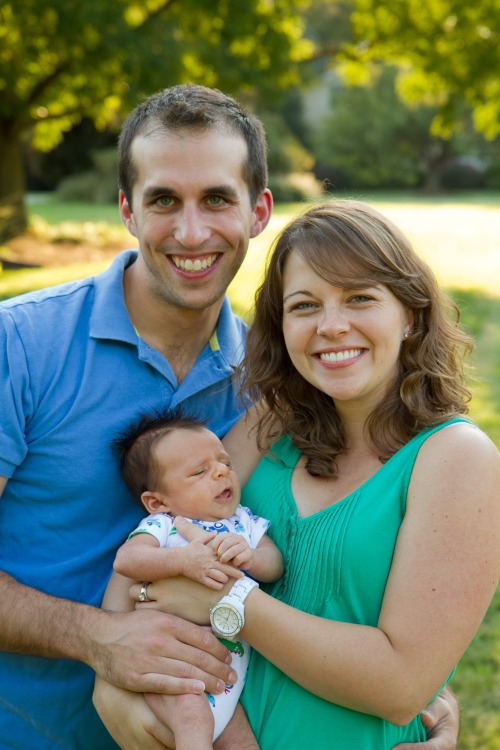 I set up this shot so we were in a shady area and the late day sun was behind us which creates a nice backlight. No flash was used here.

If you are using a DSLR and get an external flash, these can work very well, because you can aim them at a ceiling or attach different types of softening filters (called diffusers) which can create nice, soft, indirect light.  Also, shooting indoors with no flash when there is more dim light is also when having the more expensive lenses comes into play.

The way that a shot is framed will have a huge impact on the success of a photo.  The most basic tip I’ve learned from shooting little ones (and pets) is to get eye to eye.  When you have a tiny tot sitting on the floor, you would commonly get the shot from your perch standing above them.  But getting on the floor so you can be eye to eye (or even below them) gives a more interesting perspective.  I think part of the reason is that it can add some depth to the shot because we see what is behind them.  And if you’re shooting with settings/equipment that can get that background more out of focus, that depth will help make your subject pop out in the picture more. 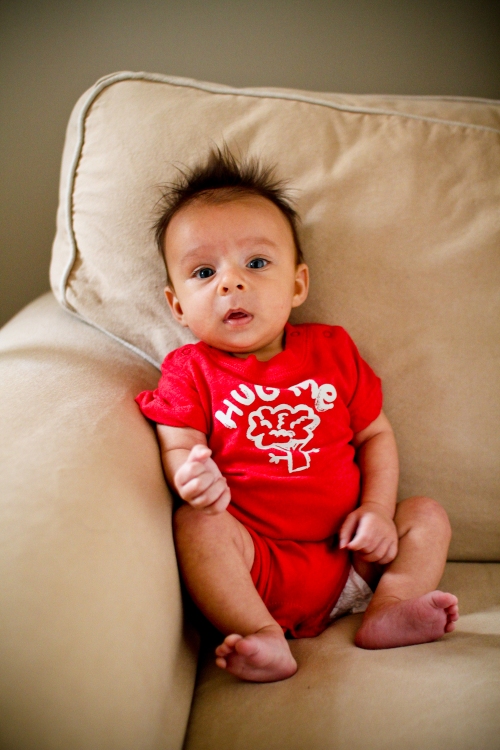 This picture is fine, but I am above him and I think the next one is better. 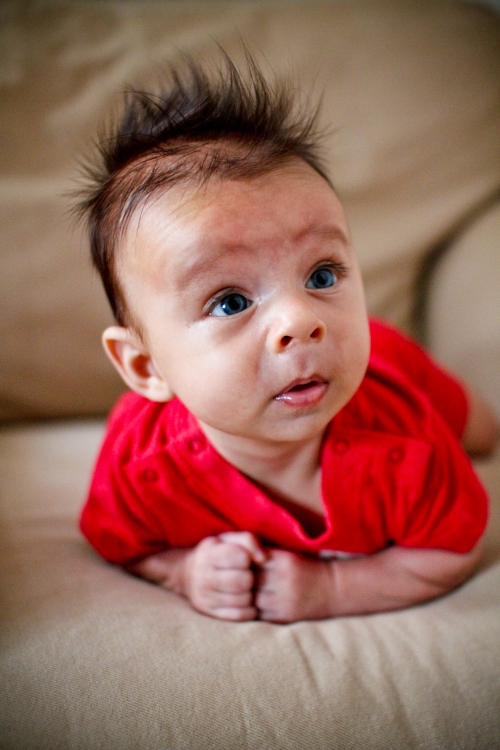 Whereas this one I am at his eye-level, which I think is more interesting. He is also not against the back cushion so there is more depth in the shot.

It also helps when composing a shot to use more of the frame for your subject.  I often see snapshots where there is unnecessary headroom above the subject, or the frame is just too wide and the subject is quite small.  Sure you can crop the photo in any basic editing software, but it’s better to think about this when taking the shot.  Zooming in on your subject so they fill the frame more will often create that nice depth to a shot, and let the viewer focus on what we want to see.  A good rule of thumb is to place the subject’s eyes on the top third line of the photo.

While I don’t have much experience yet with shooting a fast moving child.  I anticipate that once Owen starts moving, it will be a much bigger challenge to get photos of him.  Right now, he is a perfect subject as he is fine sitting still for long durations.  In many cases, shooting a moving, unpredictable target means that all bets are off and my advice is to shoot a LOT of frames and hope that one of them works out well.  Technically, when shooting a moving subject the best way to get them sharp and in focus is having a faster shutter speed.  This means that you need more light, so shooting your child running around indoors might be tough (or just use the flash and hope for the best).  Another good tip is to follow your subject with the camera.  If they are running, pan (or run) with them and blast through a bunch of shots.  This gives the camera a fighting chance of getting them in better focus. 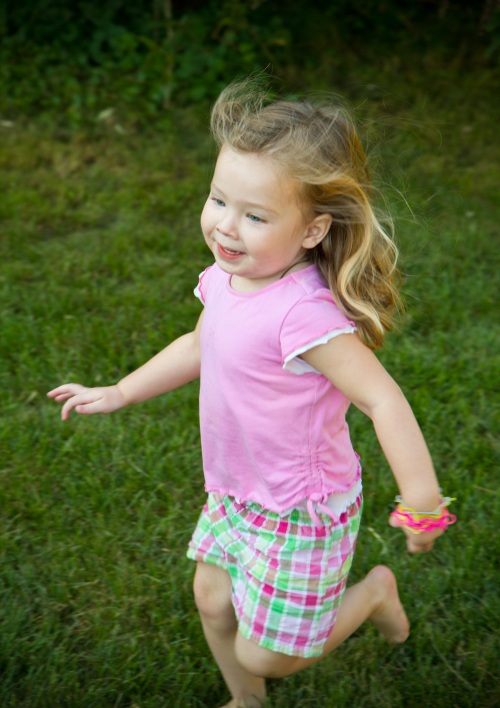 Here's my neice, Abby. I was running alongside her with the camera at my waist just firing shot after shot. There are about 10 that are no good but this one came out nicely, I think. 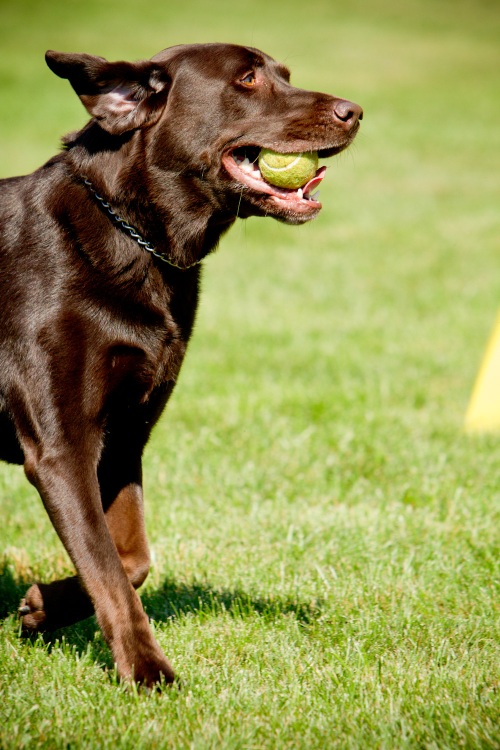 And Kate's brother's dog Charlie. I had to shoot with a fast shutter speed (which worked because he was in bright sun) to freeze the action.

Many computers come with basic photo editing software.  Many Mac computers are equipped with iPhoto which offers a very high level of editing abilities, and I imagine there is a Windows equivalent.  It’s worth taking a minute or so to tweak your best shots.  You can adjust exposure, brightness, color, or add a photo effect that makes your shot more interesting.  If you have a camera that can shoot in RAW mode (most DSLRs have this) you will have a lot more control should you choose to edit them, but even the JPEGs that most cameras shoot can be tweaked a fair amount. 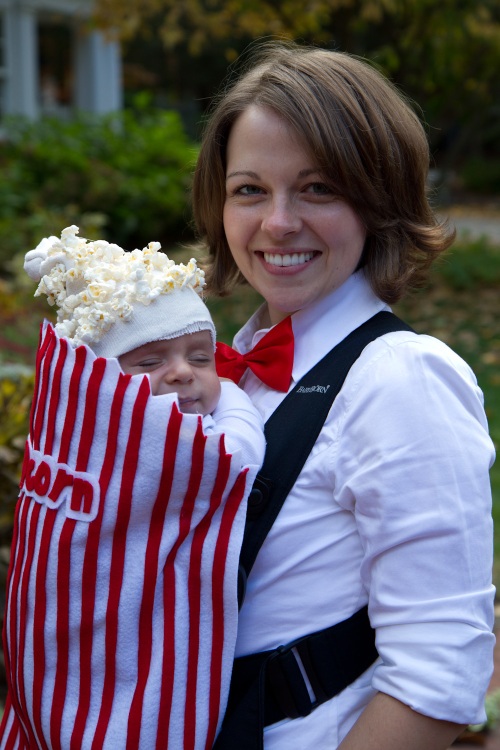 This is the picture as shot. A little cool and dark. 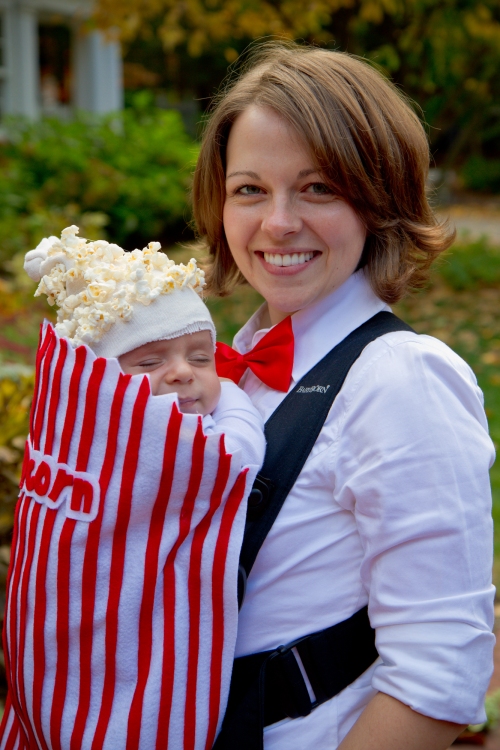 And after some simple tweaks, I was able to brighten the image and make it warmer.

The other (almost more important) aspect of editing is to pick and choose the best shots.  With sites like Facebook, it is easy to display all the pictures of you and your family, but few people want to see 200 shots from your latest excursion.  Take the time to eliminate the bad shots.  I would say if you are “displaying” 25% of what you shoot, that’s a good amount.

If you have any questions about any of these tips, don’t hesitate to ask.  And certainly take all of this with a grain of salt, as you may break these rules and get some awesome photos (I do, sometimes).

Posted in He says...